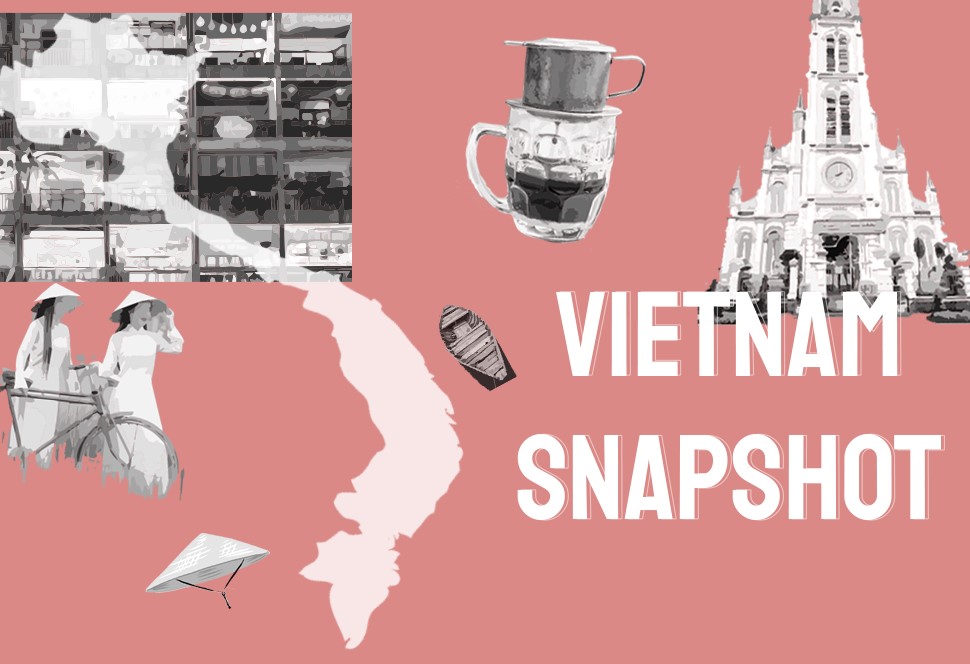 繁中版本
Vietnam is one of the fast-growing countries in the world because of its population and economics. The World Bank pointed out that Vietnam is the sixth countries in East Asia with real GDP growth of more than six percent. In the first eight months of 2019, total revenue for retail trade and services of Vietnam reached US$137.4 billion, up 11.5 percent year on year.
Because of its retail investment potential, foreign players are eager to enter this market. South Korea convenience stores, GS25, plans to have 50 stores in Vietnam in 2019, and expands its network to 2,500 locations within a decade. Another South Korea retailer Lotte plans to increase the number of Lotte Mart supermarkets in Vietnam from 13 to 87.
The local retailer Vinmart+ also plans to expand its network to 4,000 by 2020.
Want to expend your business to Vietnam?
Before you start your business or investment, you should know more about Vietnam.