And what people buy when they go there. 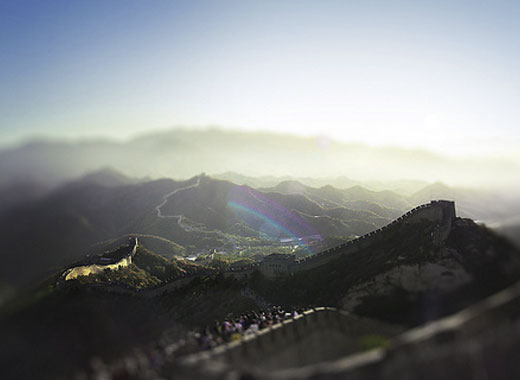 1 – Cambodia – Angkor Wat
Located in northern Cambodia, Ankor Wat extends over approximately 400 square kilometers and consists of scores of temples, hydraulic structures as well as communication routes. It was built in the first half of the 12th century (113-5BC). Estimated construction time of the temple is 30 years by King Suryavarman II . Its perfection in composition, balance, proportions, relief’s and sculpture make it one of the finest monuments in the world. Angkor Archaeological Park was declared a UNESCO World Heritage site in 1992. Ankor Wat sees over 2 million visitors per year, with about a 20% yearly visitor growth rate.

2 – India – Taj Mahal
The Taj Mahal is considered the finest example of Mughal architecture, a style that combines elements from Persian, Indian, and Islamic architectural styles. The Taj took 22 years to construct and stands to this day as a testimony of the love of Emperor Shah Jahan to his late wife. In 1983, the Taj Mahal became a UNESCO World Heritage Site and was cited as “the jewel of Muslim art in India and one of the universally admired masterpieces of the world’s heritage.” Anywhere from 2 – 4 million people visit the Taj Mahal each year.

3 – Beijing – Great Wall at Mutianyu
Mutianyu Great Wall Travel Area is situated in Huairou District of Beijing. It has a longer history and is bestowed with brilliant cultures. It was supervised and built up by a subordinate general to Zhu Yuanzhang, Xu Da based on the relic of the Great Wall in Northern Qi . It is surrounded with mountains and is of beautiful scenery, the whole section of Great Wall stretches and winds like a huge flying dragon. In 1987, Mutianyu Great Wall was appraised as one of the 16 scenic spots in new Beijing and in 1992, it was appraised as the World Best of Beijing Tourism. 10 million people visit the Great Wall each year, making it one of the most visited tourist locations in all of Asia.

What visitors buy there:
Beijing flaky pastry candy, Beijing duck, Chestnuts and Walnuts.
4 – Thailand – Temple of the Reclining Buddha
Wat Pho, the official name being Wat Phra Chetuphon Vimolmangklararm Rajwaramahaviharn, is one of the important temples in Thailand and is also the temple of King Rama I of the Chakri Dynasty. Wat Pho is the first university in Thailand because multiple branches of subjects are gathered here. Separated by a tall white wall on Chetuphon road, the monastery has two main quarters: the sacred or a chapel section, Buddhavas, and the residential or the monk’s living section, Sangghavas.

5 – Hong Kong – The Peak
The highest point on Hong Kong Island with more than 9 million visitors annually, is arguably the most enduring emblem of Hong Kong’s unique past. With the commencement of service on 30 May 1888, the Peak Tram became the first cable funicular in Asia, extending 1,350 meters and connecting five intermediate stations. Offering a stunning 360-degree panoramic view across the Hong Kong, the Sky Terrace 428 standing at 428 meters above sea level, is a scenic spot that visitors could not miss. Up to 7 million people visit the peak each year.

6 – Vietnam – Ha Long Bay
Located in the Gulf of Tonkin, within Quang Ninh Province, in the northeast of Vietnam, is dotted with 1,600 limestone islands and islets and covers an area of over 1,500 sqkm. Most of which are uninhabited and unaffected by humans, it forms a spectacular seascape of limestone pillars and is an ideal model of a mature Karst landscape developed during a warm and wet tropical climate. The site’s outstanding scenic beauty is complemented by its great biological interest. This extraordinary area was declared a UNESCO World Heritage Site in 1994. Almost 3 million people per year visit Ha Long Bay

What visitors buy there:
Everything Disney.
8 – Singapore – Sentosa Island
The island has an area of close to 5 km, It lies just half a kilometer away from the southern coast of the main island of Singapore. It is visited by some five million people a year. Resorts World Sentosa was named “Best Integrated Resort” in 2011, 2012 and 2013 at the TTG Travel Awards which recognizes the best of Asia-Pacific’s travel industry. Attractions include a 2 km (1.2 mi) long sheltered beach, Fort Siloso, two golf courses, two five-star hotels, and the Resorts World Sentosa, featuring the theme park Universal Studios Singapore. Over 5 million people visit Sentosa each year.

9 – Indonesia – Ubud
Ubud is a town on the Indonesian island of Bali in Ubud District, located amongst rice paddies and steep ravines in the central foothills of the Gianyar regency. It is regarded as the cultural centre of Bali, and has developed a large tourism industry. Home to a small treasure trove of museums and galleries. Monkey around at nearby nature reserve Monkey Forest Park, home to hundreds of mischievous long-tailed macaques. *vast assortment of art and jewelry shops. About 3 million people visit Ubud each year.

What visitors buy there:
Handicrafts

10 – Korea – N Seoul Tower
The N Seoul Tower, a complex culture space in Seoul, is where the clouds seem to meet with Namsan Mountain. It shows visitors the harmony of Namsan’s nature. The 21st century state of the aet, resting with leisure, and various cultures. It’s a symbol of Seoul now, was established at the highest point to glance at the most beautiful images of Seoul. It is also Korea’s first general radio wave tower from 1969, at a cost of approximately $2.5 million.

What visitors buy there:
Romantic gifts, and Teddy bears.
Share：