How China is spending $500 Billion annually. 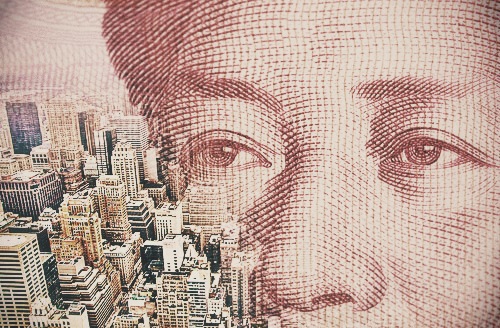 One of the things that surprised me most when I visited China in 2009 was how much more modern the cities were then I had expected. There were glimmering skyscrapers everywhere I looked, new roads packed with Audis and Mercedes, and this was almost 5 years ago now.
China is currently spending more then $500 billion annually on its infrastructure. That’s more then the United States, and more then Europe. Here’s where all that money is going, and the three reasons China’s cities with continue to thrive with economic success:
1 - Modern Architecture
Not only is China building lots of new buildings, it’s putting them up at lightning speeds using modular construction techniques. Last December the Broad group completed a 30-story hotel in just 15 days, producing a tiny 1 percent of the waste of a normal building project. Now this same group plans to build the worlds tallest skyscraper in the world, 60-stories taller then the Burj Khalifa, in only 90 days. (the Burj Khalifa took six years to build)
2 - Innovative Transportation
Chinese consumers are now buying millions of cars annually, so China is investing in innovative transportation options to help ease the traffic. For example, the “straddling bus” is getting a lot of press these days. This “bus” literally straddles a two-lane street, allowing cars to drive beneath it, while transporting up to 1,200 passengers.
China also wants to become the global leader in electric vehicles, with hopes to have more then 5 million electric cars on the roads by 2020. With the government giving generous subsidies to companies and local governments who buy electric taxies, China now has more electric taxies in operation than anywhere in the world.
The fastest high-speed trains in the world are now in China, and they boast the worlds longest network of tracks as well. China’s newest high-speed train can hit a max speed of 311 miles per hour. Chinese designers are also working on a system to load and unload passengers from trains, without requiring the train to stop, which would cut hours out of some longer journeys.
China is also now home to the world’s newest airports, With 70 planned to be built in the next 3 years alone. This includes Beijing’s third airport, a mega-airport that will be more then twice the capacity of Atlanta’s Hartsfield-Jackson, which is currently the world’s busiest airport.
3 - Revolutionary energy
China is now the world’s largest energy consumer. Which means they are seeking out innovative ways to meet the huge demands.
Already the worlds leader in solar panel production, China is investing even more into the clean technology. A 2 gigawatt solar farm is being built in Inner Mongolia that will produce twice the amount of energy then the most active U.S. nuclear reactors, setting solar power records, and more gigawatt solar farms are in the works as well.
Afraid of nuclear energy? Forget about using uranium to fuel it then. China is investing heavily in new technology around thorium. Unlike uranium, thorium is plentiful and doesn’t cause meltdowns. It produces less toxic waste as well, which makes it highly attractive as an alternative for both producing energy on a massive scale, and relieving public safety concerns.
If China continues to keep up this pace, we can all expect to see some amazing things in the future, in addition to the growth of thriving, economically successful cities.