How the competitive landscape has changed over time. 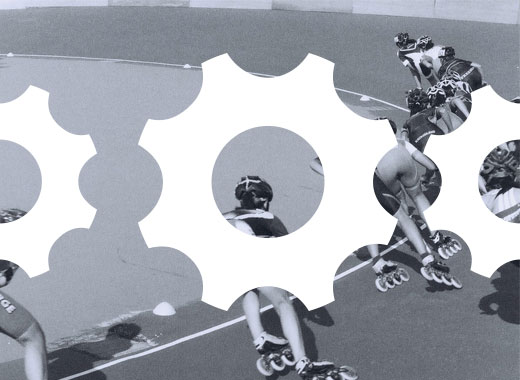 Porter’s Five Forces would definitely ring a bell to any business school student who has taken entry-level management classes. The Five Forces analysis was created by Michael Porter and The Monitor Group, the consulting company founded by Michael Porter which filed for bankruptcy in 2012.
Why did Michael Porters consulting company fail? Simply because the competitive landscape of business has changed dramatically and has evolved so quickly that old school management strategies just don’t work anymore. Therefore, retailers are forced to rethink their strategies too or be forced out of business themselves.
1 - New Technologies
New technologies are allowing companies to solve problems that were never theirs in the first place, creating new competitors for retailers. Television is a good example of this. For instance, have you ever “competed” for the television remote with a sibling or a friends to watch a movie that was playing on TV while they wanted to watch the season finale of some popular TV show? That probably depends on what generation you are from. This was something of a common problem in the past when television sets were the only devices for viewing sitcoms, movies, and videos. Back then there might have only been one TV in a household, so only one thing could be watched at a time. This problem has been virtually resolved through the invention of mobile devices such as iPads, smartphones, and devices that allow you watch TV and movies, in addition to a myriad of other kinds of media. This has been a boon for consumers because it eliminates old problems like “fighting for the remote”; however, it’s bad news for traditional television retailers as their potential customers now have new choices from companies that these retailers never even considered as competition in the past.
2 - More Players
Another example is the  emergence of international fast fashion brands in the past two decades. Initially high-end luxury brands didn’t view them as direct competitors since they offered products at very different price points. Luxury brands weren’t wary of the emergence of fast fashion brands. However, luxury brands’ revenue has slowly been affected by these fast fashion brands since high-end shoppers are increasingly mixing their high-end apparel with fast fashion brands, taking a piece of the revenue pie from high-end luxury brands.
3 - Online Shoppers
Everyone knows that the emergence of e-commerce has impacted retailers in major ways. We’ve addressed this issue in previous articles like Are Tablet Shoppers Killing In-Store Shopping and 4 Trends Reshaping China’s Retail Sector. Already plagued by high rents and operating costs, retailers’ profit margins are being further squeezed by online retailers who can offer similar products with lower prices. These retailers are being forced to rethink their network planning strategies and make better investment decisions. A bad decision in their network planning strategy will have drastic effects on their profits and in turn affect their stock prices. Of course, not all retailers are throwing up the white flag. For an alternative view on how online shoppers are impacting retailers, check out 3 Reasons Online Shopping Wont Kill Brick n’ Mortar.
These are just simple examples from everyday life that we can use to prove that the competitive landscape of the retail industry has evolved so quickly that retailers are now forced to rethink their business strategies.
Share：