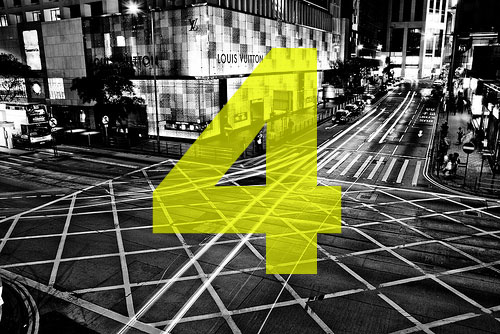 中文版
Last year was a rough year for many high profile retailers in China. Luxury brands saw a slower growth rate as did iconic brands such as Nike and Levi’s. Although still firmly in double-digit territory, anything less than 15% annual growth in retail makes China watchers sit up and listen. The signs for 2013 thus far are not looking much better. Sales during the Chinese New Year in holiday in mid-February rose at the slowest pace in 4 years. And just in the past week, another retailer, Daphne Shoes, reported a same-store sales decline in the first quarter of 2013.
Despite this less than exciting news, many observers think that consumer spending in the coming year will continue to be robust, considering macro drivers such as government spending on infrastructure and recent rises in home values and relative strong stock market performance.
One thing is clear – 2013 will be a pivotal year for many retailers in the China market. Putting aside any macroeconomic shocks, there are several changes afoot in China’s retail sector that will test the management mettle of major retailers. Some of these are the result of a maturing market in general while others may be due to shifts in consumer interests and buying habits.
1 - Old Distribution Models Yielding Lower Returns
The model of working with local distribution partners that was widely adopted by international brands coming into China is less likely to continue providing a platform for growth. The path of reconsidering relationships with distribution partners that began in recent years with buybacks by Esprit and Burberry is continuing with many apparel and sportswear brands reconsidering their relationships. A major factor driving this trend is the realization that rapid new store growth is no longer the main engine for overall sales growth. It is imperative for retailers to focus on productivity and same-store sales growth especially in key urban markets. This requires close, quality-focused management which in most cases is better done in-house, not outsourced to a distribution partner.
2 - Online Shopping
As probably the largest structural changes to impact the retail industry, this year will certainly see further challenges and require retailers to entice consumers into their physical stores. Online shopping still represents only about 5% of all retail sales in China (compared to 10% in the U.S.), but it’s growing quickly. This along with the “mobile revolution” trend puts further pressure on traditional brick-and-mortar retailers to improve in-store operations and to bolster the shopping experience itself.
Even for popular consumer product brands that also operate their own retail stores (how much does Levi’s care if a pair of jeans is sold through a brick-and-mortar store vs. an online store), there’s the concern that online channels are acting as virtual factory outlet stores with wholesale partners using non-sanctioned online channels for inventory depressurization.
3 - Overseas Shopping
This is certainly not a new phenomenon – brands operating in Guangzhou and Shenzhen have known for years that their products can be purchased more cheaply in Hong Kong – but as newly affluent consumer travel further from the middle kingdom, they’re returning with suitcases packed with high-end consumer goods. Take the case of UGG boots. The cold-weather women’s footwear brand that has been recently expanding in China sees their highest sales among Chinese consumers not in Beijing but in Honolulu, Hawaii. Shoppers are happy to enjoy prices significantly less than those found in China.
Apparently this has become a big enough issue for the government to step in with state run media criticizing consumers for just trying to find a better deal. A February Wall Street Journal article cited CCTV as stating that Chinese people bought 25% of the world’s luxury goods in 2012, spending a total of RMB$306 billion (USD$49 billion), with 60% spent abroad. Xinhua appealed to patriotism by suggesting that consumers should spend this money at home. However, the best way for the government to keep luxury good consumption at home would be to lower tariffs which result in many goods being 50% more expensive in China than abroad.
4 - Consumption Becoming Less Conspicuous
There’s another recent change for at least some consumers that should be noted. The central government has been expanding efforts to discourage gifting and conspicuous consumption by bureaucrats and party officials. Mainly driven by Xin Jinping’s rise to the Premiership. The new leadership wants to project a cleaner, more austere image.
These developments are dampening lavish spending. One recent report showed the catering business in China to hit double digit year-on-year contraction in January as officials pared back on lavish parties and events.  This effort may also be spilling over into other types of retailing. “Junkets” and store vouchers for brand name goods are being restricted with a possible impact on retail sales performance.  Whether things will return to the old-normal and conspicuous consumption by party officials will pick up again over time remains to be seen.
The large picture, however, is still overall positive. Income growth is not showing signs of slowing and urbanizing is continuing apace, bringing more consumers into areas with organized retail environments. Also, recent consumer confidence surveys are still in positive territory. The challenges retailers face today are probably more about the changing structure of the industry rather than macro-economic trends. Retailing in China is becoming more multi-channel and more dependent on the discretionary choices of consumers. More than anything, these are signs of a maturing environment. Retailers that can maintain strong growth through a challenging year like 2013 will be well positioned for success over the long-term.
Also Worth Reading:
Leverage Data for Retail Analysis - In 4 steps
Why SNO Is The New SEO For Retailers
How Big Data & Social Media Are Changing Retail
Share：