Chinese social media sites retailers should be on now. 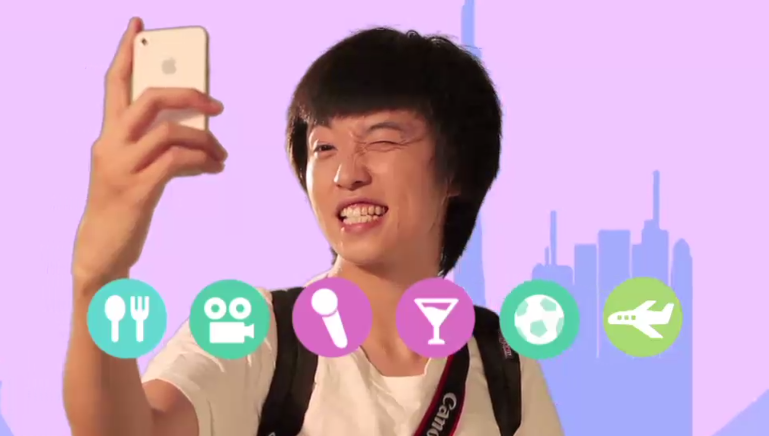 For retailers in the west, established social media platforms like Twitter and Facebook are must-have marketing platforms, but we all know things work a little different in China. Popular western social media is still largely unavailable for use throughout most of China, which is why they got creative, and created their own versions.
It’s easy for some western retailers to dismiss Chinese social media as simply being insignificant one-offs, but that’s a dangerous assumption. Chinese Social media has millions of active users, and are powerhouse communication tools both within and outside of China.
If retailers in China are serious about reaching the more then 600 million Internet users in China, the following social media sites should be on every China retailers radar:
1 -  Sina Weibo 微博
Sina Weibo is one of the most the most popular “Twitter-like” social media sites in China. Used by over 30% of all Internet users, Sina Weibo is the go-to social media site in China with more then twice the number of users as Twitter. Started in 2009 after many non-Chinese services like Facebook and Twitter began being blocked, Sina Weibo quickly gained popularity with brands and celebrities, both western and eastern. Although the site is only available in Chinese, that may change soon as a full English version has been tested out already this year. Retailers in China who aren’t on any Chinese social media yet, should start here.
2 - RenRen 人人
RenRen is the Chinese Facebook, and it looks and acts almost identical to it’s western counterpart, including allowing third parties to integrate with the platform using their API. Currently 85,000 companies including retailers and others are active on RenRen, using the social network to share their brand messages with it’s millions of Chinese users in the exact same way they do on Facebook in the west. The benefit of copy-cat social networks like RenRen is that if you know how to use Facebook, its easy to use RenRen, because it’s almost exactly the same, but it’s all in Chinese, so you’ll need to brush up on your Mandarin.
3 - Douban 豆瓣
Douban is a social website that allows users to record information and create content about anything related to film, books, music, events and activities in Chinese cities, which users can then rate and comment on. Douban is different from social networks like RenRen and Weibo in that you don’t need to be a registered user to participate. For retailers in China, especially those in film and music, Douban represents a powerful advertising platform that reaches over 50 million Chinese users.
4 - YouKu 優酷
YouKu is the #1 Chinese Internet video site, and the second largest video site in the world after YouTube. However, unlike YouTube that focuses on user-generated content, YouKu focuses on professionally produced videos licensed from over 1,500 partners. For retailers in China, YouKu provides a powerful video advertising platform that promises to reach millions of Chinese consumers a day, without much of the user-generated clutter found on sites like YouTube.
5 - WeChat 微信
WeChat is a Chinese mobile text and voice messaging service similar to WhatsApp and Line. Although developed in China WeChat is available on practically all mobile platforms and supports many languages including English, Spanish, Hindi, and Japanese. It’s one of few Chinese platforms that allows users to register with Facebook. Retailers looking for an advertising platform that reaches both a large Chinese audience and an international one should look at WeChat. Retailers who are new to the Chinese market and find it difficult to manage Chinese-language-only sites like RenRen or Weibo will appreciate the flexibly of WeChat.
6 - Jiepang 街旁
Jiepang used to be called the “Foursquare of China” but the recent redesign and launch of Jiepang 5.0 has moved them pretty far away from that. While it still maintains the location based “check-in” aspect, Jiepang is now more about helping users record and track life activities, connect with friends, and explore communities of people that have similar interests. Retailers can use Jiepang to “get-on-the-map” with young chinese consumers.
7 - Twitter 推特
Yes Twitter remains blocked throughout most of China, but don’t forget that China still boast a large community of Twitter users who access the platform via services that by-pass the famous Chinese Firewall. This and the fact that China continues to experiment with relaxed Internet restrictions in places like Shenzhen or the new Free-Trade Zone in Shanghai, where both Twitter and Facebook are now fully accessible. Although not the way to reach the Chinese masses yet, Twitter may make a comeback in the future. For those already using Twitter here are 8 Twitter accounts retailers in China should follow.
8 - Facebook 臉書
Same as Twitter, retailers in China Shouldn’t forget about Facebook Just yet, especially as huge marketplaces like Shanghai and Shenzhen are starting to allow more access to the site, and other extremely popular Chinese services like WeChat even allow registered users from Facebook. With almost more registered uses then the population of China, many of whom speak Chinese themselves, Facebook, can’t be left out as a social media option for reaching Chinese consumers.