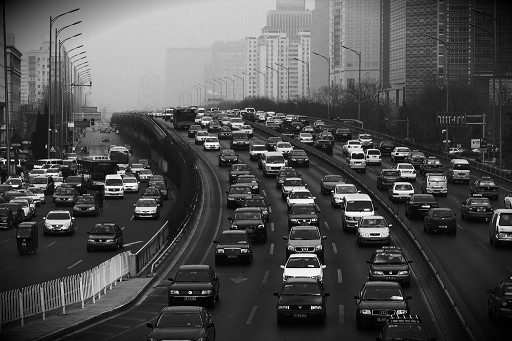 In China, the lifestyle of shopping and dining in suburban began more and more popular. Restaurants with fresh local ingredients as a selling point showed up along the highways. Foreign-invested companies such as Ito-Yokado and major retailers began to set up commercial facilities in urban areas. With the rapidly growing popularity of private cars, China’s “Highway Consumption” will catch up the standards as United States and Japan’s. Meanwhile, retail and service industry are expected to be highly developed.

Li Wei, a professor in Sichuan University, quoted a statistics saying that “In China, retailers began to develop and expand in a suburban area when GDP reach over 10,000 US dollars.” He also believes that China is in the early stages of the big-city development now. In next three to five years, there might be a large shopping center boom in the suburban.

In addition, major US retailer Wal-Mart are closing stores which are under performance in core cities, but proactively opening new stores in the suburbs or emerging small cities. In China, there has not appeared lots of food chain stores and menswear shops along the suburban roads which is opposite to in Japan. Yet, internet companies with keen vision have taken action on expanding the “Highway consumption.”   >>
Our Thoughts
With improved transport and development of suburbs, people are allowed to live in low density residential areas far from city centers. In China, the outward growth of cities like tier 2-3 cities are speed up. Compared to the living standards of developed cities, cost and pressure in urban areas are relatively lower. The prospect of these emerging cities are brightening. We can expect that major retailer will focus on expanding footprints to large suburban towns.

In fact, there are leading companies, both foreign-invested and local-invested, already opening stores in tier2, tier 3 cities. However, how to target the right cities to grow your business and where (which trade zone) to dig out next business opportunities in untapped cities? It’s crucial for retailers to find the potential customers and decide how many stores to open when entering a new market. Utilizing value-added demographic and business POI data to conduct an in-depth analysis of business trend, consumer behaviors, and micro-market study will help brand owners gain a thoughtful insight of market entry plan.
Share：