Understanding human interactions and applying data to the future of city-life retailing. 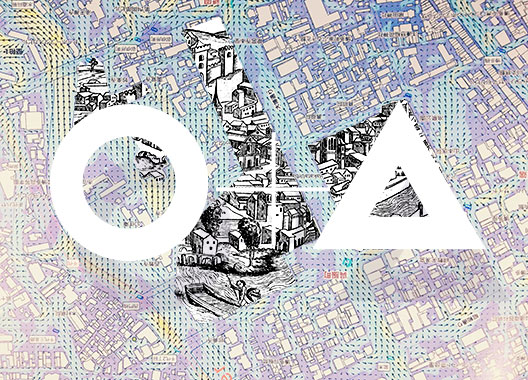 Over half of the world’s population is now living in cities. By 2030, 6 out of every 10 people will live in a city. And by 2050, the ratio will increase to 7 out of 10 people. With the retail industry being concentrated primarily within cities, this boom in population and density means that scrupulous channel planning is becoming increasingly indispensable. Yet, it’s often ignored.
Well-designed channel networks offer abundant advantages for business scaling. In this regard, the rising trend of spatial perspectives create many possibilities that could be exploited to improve assessment of branch connectivity, accessibility, and service areas. Stimulating both branch performance and reducing cannibalization. The study of spatial networks could be traced back to Euler’s famous puzzle of Königsberg’s seven bridges in 1735, a surge in the application of network analysis methods which originated in sociology in urban studies has only occurred in the recent decade. The spatial network analysis methods and measurement indices has laid a foundation since the 1960s, but the applications were computationally expensive even within small networks until recently.
Research at MIT and SUTD have shown that spatial network analysis indices can be useful predictors for a number of interesting urban phenomena. For example, they could explain the distribution of retail and service establishments in urban environments. As pervasive geographic data are becoming available in cities around the world, the demand of an accessible and affordable tool to make urban network analysis is obvious. There were several elegant efforts to develop accessible GIS tools for spatial network analysis such as the notable Axwoman tool developed by Jiang et al. and SANET developed by Okabe. Some spatial network analysis programs have also been developed as stand-alone software.
One of these tools is the free and open-source Urban Network Analysis Toolbox (UNAT) for ArcGIS written by Python. City Form Lab developed it at SUTD and MIT. The unique advantage of urban network analysis is that it employed social network theory on urban street networks analysis to observe possible human interactions. Interactions between people in a city could be estimated using three elements: “roads” on which travel can occur, “intersections” where two roads crossover, and “facilities” where retail activities take place. The UNAT toolbox includes five analysis measures on spatial network structure: Reach, Gravity, Betweenness, Closeness, and Straightness. For instance, the Reach index captures how many facilities (of a particular type) could be reached within a specific distance from facilities and for a particular mode of travel. The Betweenness index quantifies the amount of passersby potential in every facility. The combination of indices offer a novel visualized framework and make network centrality measures easy-to-access to retail industry strategists via ArcGIS mapping.
Retail industries care about their market coverage: wider coverage typically means more revenue. They look forward to optimize locations as well as staffing and formats for channels which serve target consumer segments, but they sometimes struggle to understand spatial data and interaction.  Traditionally, getchee would implement grid-based channel optimization to help clients make decisions such as where to open a new store in a high potential area, relocate a branch to a more productive zone, or close a channel that could induce deficit.  The spatial network analysis take human interactions into further consideration. The integration of grid and network-based analysis could greatly encourage the production of more inclusive results of survey and estimation for the retail industry.
Share：