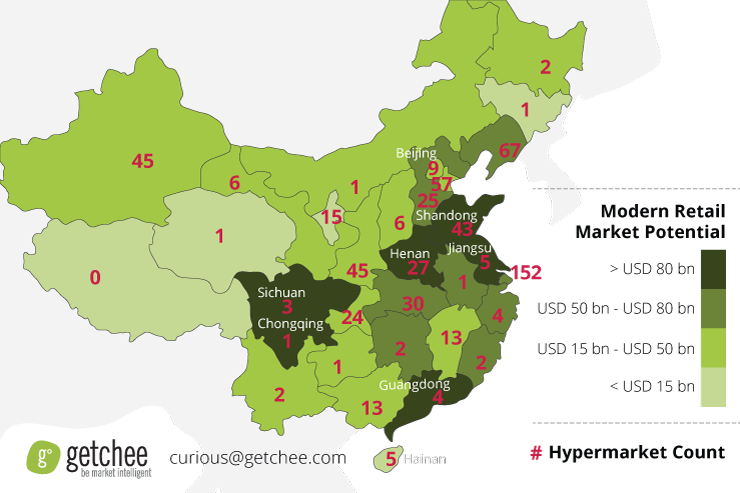 A couple weeks ago we took a look at how Burberry stacked up to China’s retail market potential. This week, we give you hypermarkets. Although they faced many challenges, they’ve come a long way since we took an in-depth look at hypermarkets in 2010. If you’re interested in learning more about hypermarkets or other key retailers in China and Asia, feel free to reach out to us.
Market potential is based on per capita expenditure and target demographic. Hypermarket count includes Lotus, RT-Mart, Trust-Mart, Vanguard, Carrefour, Tesco, Metro, Auchan, Wal-mart, Wu Mart, Emart, and Century Mart.
Share：