The characteristics of informal sector employment and figures in developing countries.

The general definition of informal economy sector is basically the non-agricultural employment that is viewed as outside of modern or regulated industrial sectors. The work or the activities usually take place in unregistered or small enterprises, such as street vendors or home-based workers. However, informal employment outside informal enterprises, such as employees working in enterprises but not covered by social protection through their work, like day labors. Widely speaking, the informal employment is the employment contrast to the formal regulated sectors.
The general characteristics of informal employment are:
Informal sector employment is in the majority of labor market
As living in modern urbanized cities, we tend to take it for granted that majority of labors are hired by an organization, maybe small firms or big organizations, and workers are covered by social labor network even self employed.  The informal labor is just a small group in the society.  Surprisingly, the informal sector employment is way more larger than we thought, especially in the emerging urban cities.   For example, Thailand has grown in economy rapidly in past decades, and The World Bank has upgraded Thailand’s income categorization from a lower-middle income economy to an upper-middle income economy in 2011. Bangkok, as the economic heart of Thailand, becomes one of the most important international business center in South-East Asia. However, the informal sector economy contributes more than half of GDP still and the informal sector employment is the majority in the labor market.
According to the study in 40+ developing countries by the joint efforts of the International Labour Office (ILO) and the Women in Informal Employment: Globalizing and Organizing (WIEGO) network, informal employment represents at least exceeds 50% in average. In addition, Work Bank had a study published in Y2002 about the informal economy, in 110 developing, transition and OECD countries. The average size of the informal economy, as a percent of official GNI in the year 2000, in developing countries is 41%, in transition countries 38% and in OECD countries 18%. It indicates that the informal sector is the major activities in emerging markets.
Below are the maps based on the  figures of WIEGO study as mentioned above in 40+ countries: 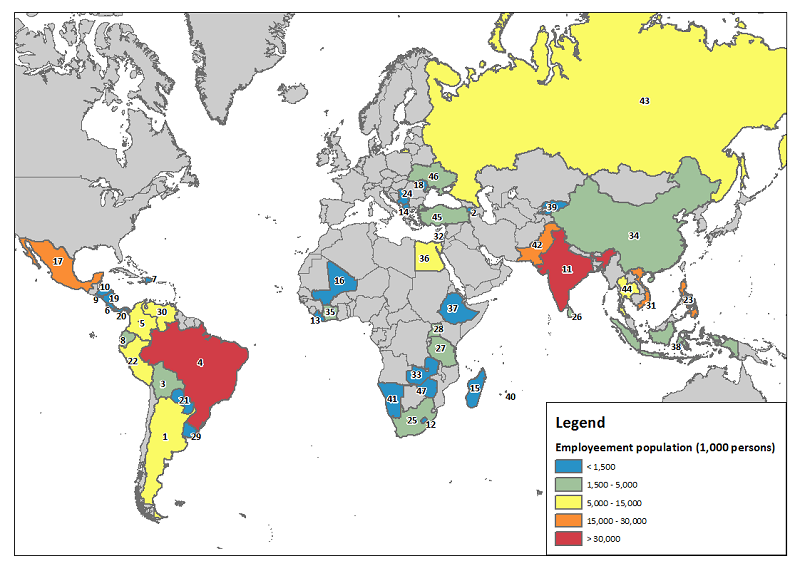 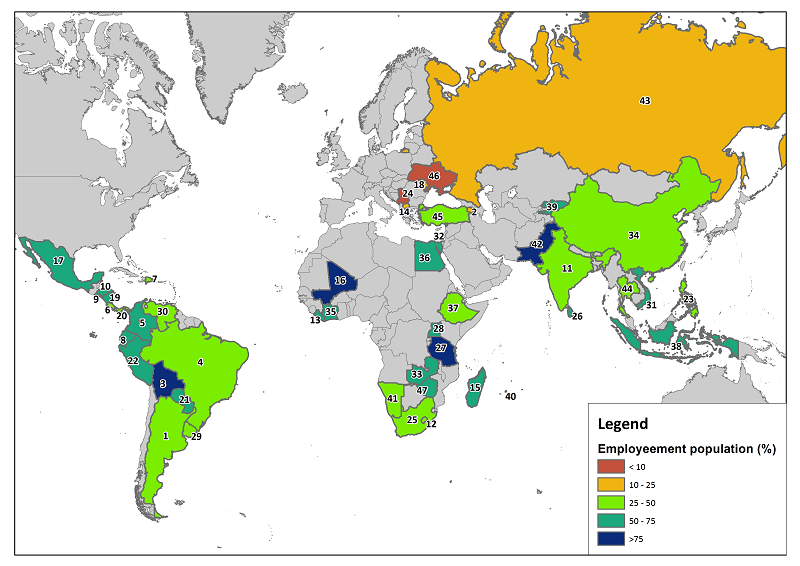 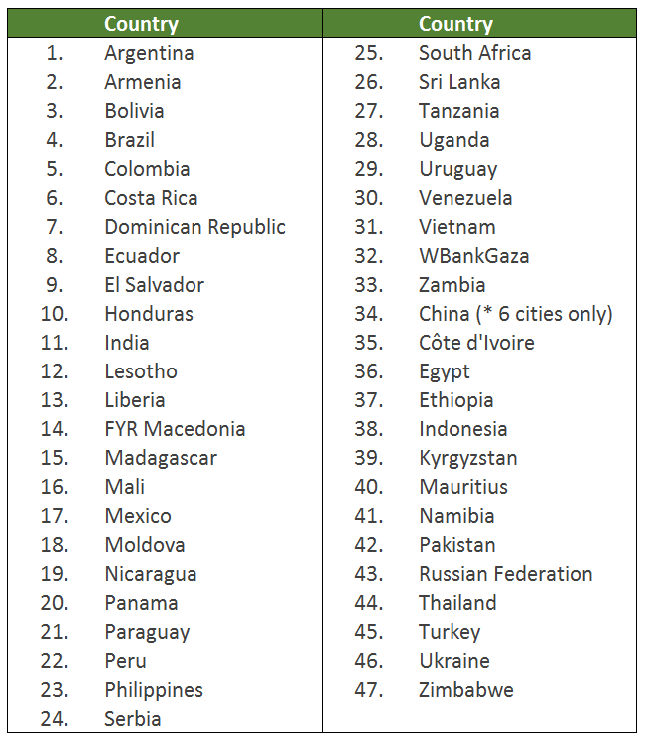 With economy raising in emerging markets, the informal sector grows rapidly in urban cities. There are tons of new economic activities along with massive job opportunities forming in the big cities of those developing countries. People move from rural areas into the urban areas to earn livings and seeking better jobs. However, due to lack of regular social protection network, workers in informal sectors also often link with poverty and crime problems. Individually informal entities are weak but collectively they can significantly influence. It is important issue to all governments to figure out how to embrace the informal sectors into the taxation effectively and also protect the workers within social welfare system to avoid other social problems.
Data Source and References:
Share：