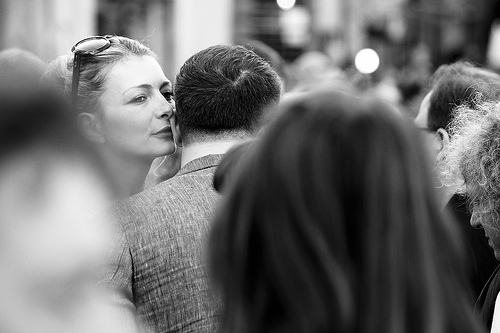 When strategy-planning professionals start looking to data as a smarter way to investigate new sales territories, or as a way to reduce risk when opening new retail locations, the regional sales people often respond in a manner something like this:

“I’ve worked in this industry and this community for years, who could know this area better than me? Especially when compared to a someone sitting in an office in some other city simply staring at numbers on a screen all day!”

This tends to lead to a “Local knowledge vs. Data” debate around which source of information leads to the best results. But is one better then the other, or should they be used together to create a super team? Instead of thinking about local knowledge as being in direct conflict with data, there’s another way to think about it.

Think Education
Education on modern data, it’s general terms and uses should be first and foremost within organizations, so that false assumptions don’t lead to bad decisions. Data is a broad term these days, and can mean different things to different industries, companies and individuals. That being said, local knowledge can also be considered a form of data, but all data needs to be assessed for its validity and strength before it can be considered for use.

Here are some great ways to educate yourself on data now:

- The Insiders Guide To Data In Emerging Markets
- 5 Easy Ways To Learn More About Big Data
- A Short History Of Geospatial Data
- 7 Of The Best TED Talks On Data
Local knowledge can be strengthened with data
Think of an ancient explorer, sailing the seas in search for new land. Imagine he had only the power of his own eyes to scan the horizons for clues on which direction he should sail. Now imagine how much more powerful his ability to make these decisions became when he was given his first telescope. He still used his own eyes, but the new technology allowed him to see much farther then before, and make life or death decisions faster and smarter.

Local knowledge is valuable, but its power is limited. The blind side of local knowledge can be given its sight back with the aid of quality, supportive data. We humans make judgments based on our experiences, which can be valid, but be misguided by bias. Cities are always changing, especially in China and and emerging markets in Asia, and simply relying on local knowledge can have negative consequences.

It’s not an either-or decision
The debate of local knowledge vs. data implies an either-or situation but in fact it’s useless to decide if local knowledge or data is better then the other. The most important thing is to develop a strategic cooperation between the two, using intuitive knowledge with market based data in a powerful combination.

And the winner is…
The simple truth is that they can both be winners, if used correctly. Using data is about a process not a single action. It doesn’t matter if you are a retail brand, FMCG, or bank, finding a way to leverage accessible local knowledge, validated with real market data is the clear way to win.
Also Worth Reading:
How Brand POI Data Is Made – In 6 Steps
How to Use Geospatial Data for Strategic Benefits
Is Local Knowledge Handicapping Your Business?
Share：