Should retailers worry about blogshops?
+ 查看更多 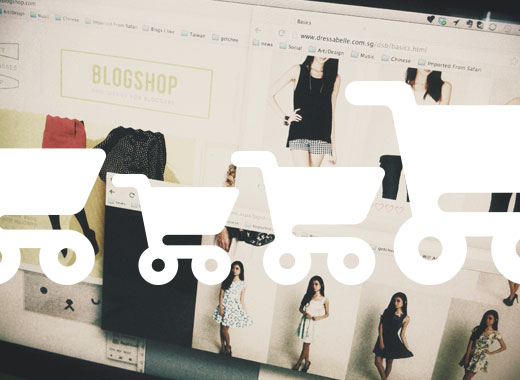 You may have come across many mini online shops hosted via free platforms such as blogs and social networking sites. These online stores have even gained their own name, ‘blogshops’, as shop owners have leveraged them to increase profit. We’ve seen this trend in the U.S. and Europe, but blogshops have surprisingly emerged as a significant ecommerce platform in Southeast Asia in markets such as Malaysia and Singapore.
The Emergence
The term blogshop refers to a simple online retail shop created on free platforms such as Blogspot, WordPress, and Tumblr. The lack of documentation on the history of blogshops makes it difficult to pinpoint the first appearance of one. Their popularity rose between 2008 and 2009. Google Trends records show blogshops originating in Singapore or Malaysia and then later in other markets such as Indonesia, Brunei, and Australia.

The emergence of blogshops coincided with a period of rapid ecommerce growth in the region. From 2001 to 2005, yearly ecommerce growth rates in Malaysia ranged from 75 to 123 percent and stabilized at an average of 24.6 percent from 2006 to 2010.

Blogshops are largely associated with social media. They’ve garnered increasing popularity via blogs yet we’ve also seen them grow in numbers on Facebook, netting them the name ‘Facebook stores’.
Why are blogshops so popular?
In recent years, blogging and social media activities have grown sensationally across the globe. There are over 240 million blogs (NM Incite 2013). That’s an increase in 26 million from 2006. Social networking is now the most popular online activity. Southeast Asians are huge users of social media, including blogshops.

From a consumer’s perspective, the blogshop model is most suited for the way Southeast Asians spend their time on the internet. They spend a large amount of their online leisure time on social networking (TNS 2011), particularly in Malaysia where it accounts for one-third of their time spent online and a number as high as 80 percent of all Malaysian internet users are on Facebook (comScore 2011). They can spend 9 hours a week on social networking sites and have an average of 233 friends in their social networks (TNS 2010) which is 80 percent higher than the rest of the world. Similarly, blogging is a popular activity in Malaysia with estimates of hundreds of thousands of bloggers (Hopkins 2010) to as high as 2 million (Malaysian Information 2010).

From a small business owner’s perspective, the blogshop offers a useful business model. Anyone can run one for free, reducing the risk and need for a physical store. It allows sellers with very creative ideas but little resources to build a business at a relatively low initial cost. Compared to starting a website, the interactions within social networks allow business owners to efficiently advertise their products and forget about additional costs.
Buyers typically have very limited product choices through retail stores and online channels since many products are mass-produced. The products lack personalization and uniqueness in the age of increasing consciousness over self-expression and individuality. Retail stores typically have a lack of choices as inventory and logistics make it difficult to fulfill customer’s demands. Blogshops not only offer variety but can also compete on price, putting up a fight against traditional retailers.

What does the future hold for blogshop owners?
One challenge blogshops might face is that customers come from international locations. In order to ensure fast delivery and high customer satisfaction, well-planned logistics and delivery systems will be necessary. Setting up a small storage facility in another country to ensure quick delivery could significantly increase profits.
Share：