A guide including infographics, on the top fashion retail expanders in China for the first half of 2014. 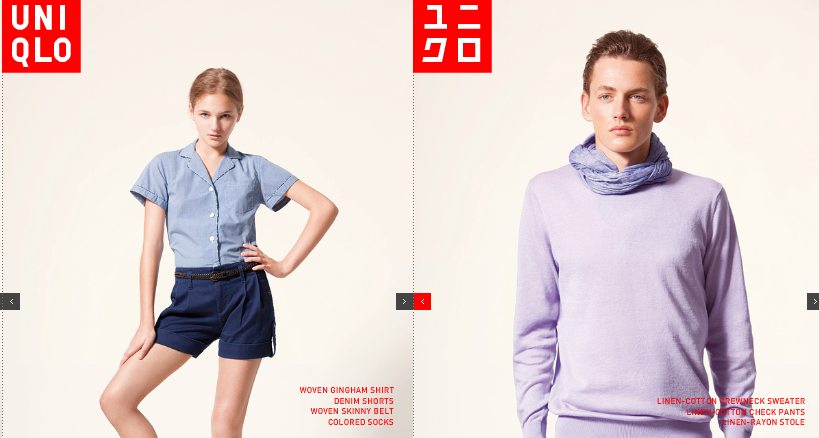 The e-commerce boom is changing how retailers develop their global expansion plans. According to a brand research report from Linkshop.com.cn(联商网), we see the fastest growing international fast-fashion companies in China first half of 2014. Their networks have been gradually moving to 3-4 tier cities, such as Foshan(佛山), Xiangyang(襄阳), Wenling(温岭), Wuxi(无锡), Linyi(临沂), Weifang City(潍坊). It’s a big challenge for local brand owners to keep up with these aggressive competitors.


1. UNIQLO (优衣库) Japan
UNIQLO dominates over the local markets, opening 32 stores within 6 months. Uniqlo even opened 8 new stores in a single day, in May. As of 6/30, UNIQLO has 289 stores in China. 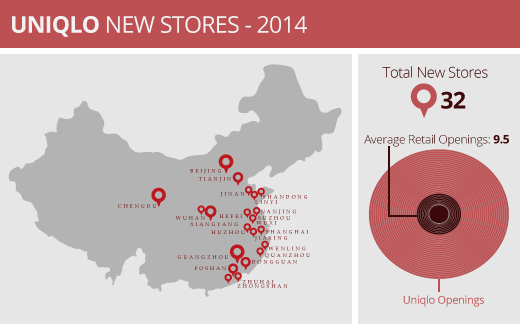 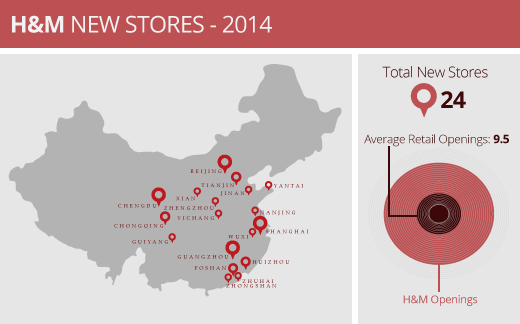 3. ZARA Spain
ZARA has only opened two news stores as of the end of June. ZARA is obviously slowing down its expansion plan. As of 6/30, it has 145 stores. 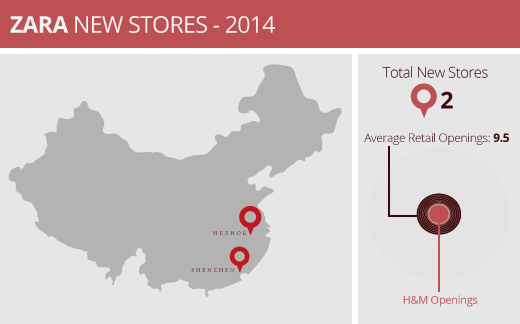 4. MUJI(无印良品) Japan
MUJI, selling a variety of household and consumer goods, has opened 8 stores in China so far. By the end of June, Muji has 108 stores in mainland China. 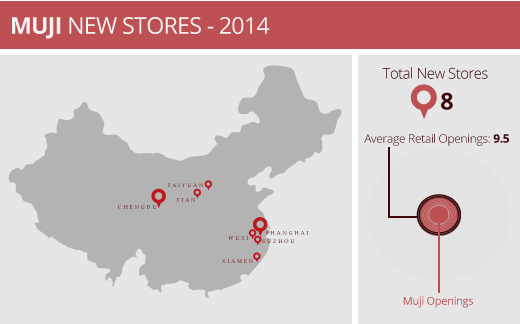 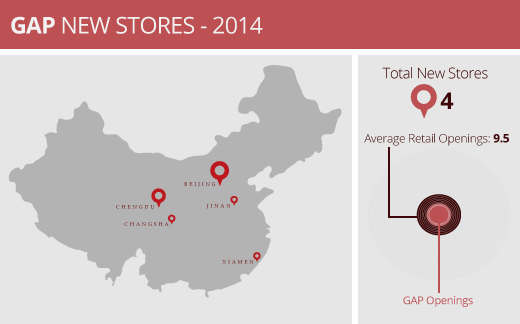 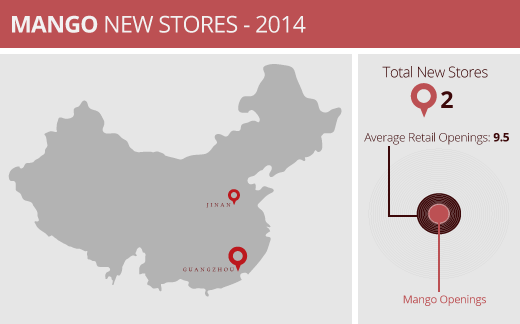 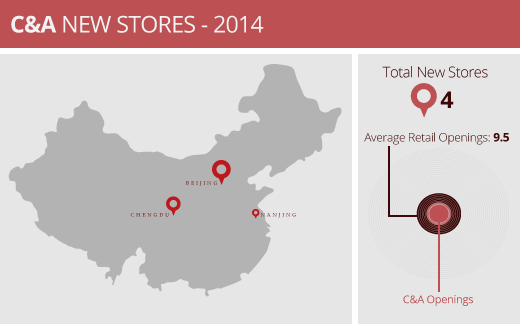 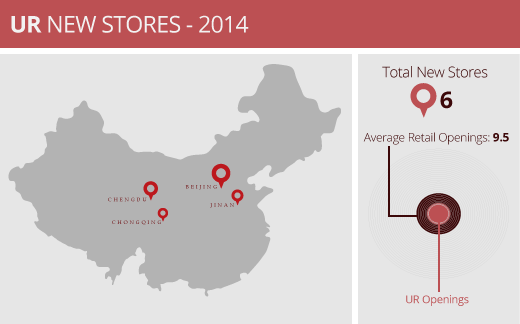 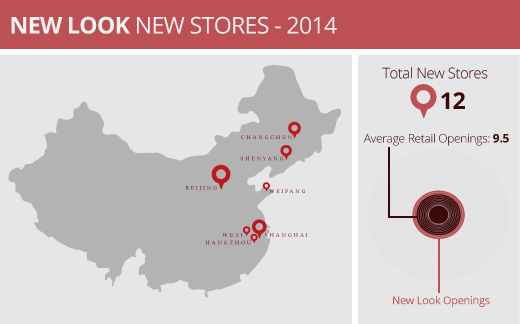 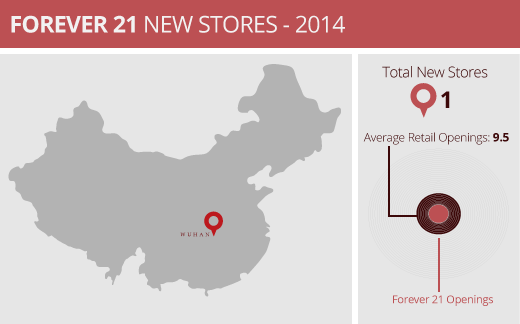 Original Source
Also Worth Reading:
The 10 Things That Will Make Or Break Retail
Buy Or Rent Retail Locations In Emerging Markets?
Why SNO Is The New SEO For Retailers
Share：